Jennifer Carroll Foy was born and raised in Petersburg, Virginia — a community with heart that also fell on hard times.

Petersburg has one of the highest poverty rates and one of the highest rates of unaccredited schools. The city was named one of the most dangerous places to live per capita in all of Virginia. Jennifer was raised by her grandmother, Mary Lee Carroll — a powerhouse and a leader in the community.

Her grandmother would say, “Jenn, if you have it, you have to give it.” Jennifer saw her grandmother give all she had — even when she didn’t have much to give.

She watched her grandmother go to work every day as a health aide in Petersburg. And when she came home at night, she usually came home to a house full of people from church who fell on hard times and needed a helping hand.

When Jennifer was a young woman, her grandmother suffered a stroke that made her a quadriplegic. Suddenly the strongest woman Jennifer knew needed to be taken care of herself. Hard choices followed, as they do for so many Virginia families. Jennifer and her aunt had to make the difficult decision to cut Mary Lee’s lifesaving prescription drugs in half some months so they could afford both the medication and their mortgage.

This experience, and growing up in a community where people worked multiple jobs to barely make ends meet, her friends were victims of gun violence, and students didn’t have books to take home, led Jennifer to commit herself to a life of service.

In high school, she joined the Junior Reserve Officers’ Training Corps (JROTC). And upon watching the Supreme Court make the landmark decision to open the door for women to attend Virginia Military Institute (VMI), Jennifer knew she had to attend. Jennifer was one of the first women to graduate from VMI. Having spent four years at Virginia Military Institute, Jennifer learned to address problems head-on and never back down from a fight — and she deepened her commitment to put service above self. 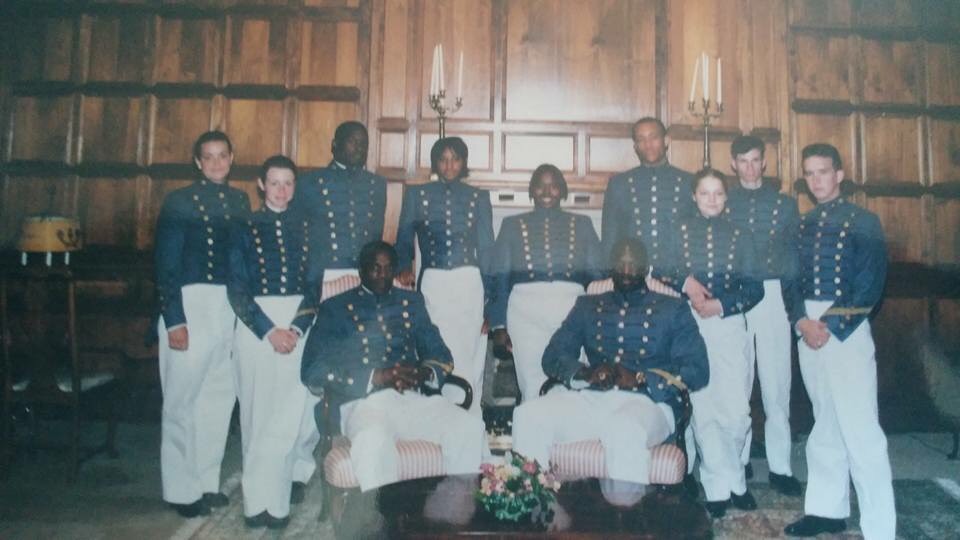 After graduation, Jennifer went on to receive a master’s degree from Virginia State University and a law degree from the Thomas Jefferson School of Law. Jennifer started her career as a magistrate judge. But she quickly saw how people in her courtroom were being treated differently based on their race, economic status, or zip code. Jennifer became a public defender to help give a voice to the voiceless — children, people suffering from addiction, those experiencing houselessness, those with mental illness, and the poor.

In 2017, she took her commitment to service to the Virginia House of Delegates.

She ran for office while pregnant with her twin boys and flipped a historically red district blue. In the House of Delegates, she led the charge to clean up toxic coal ash ponds across the Commonwealth and was a part of the successful push to expand Medicaid to over 500,000 Virginians. During the 2020 General Assembly, Jennifer advanced a pro-woman, pro-labor, and pro-environment agenda, and led the charge to ratify the Equal Rights Amendment in Virginia as the bill’s chief sponsor. 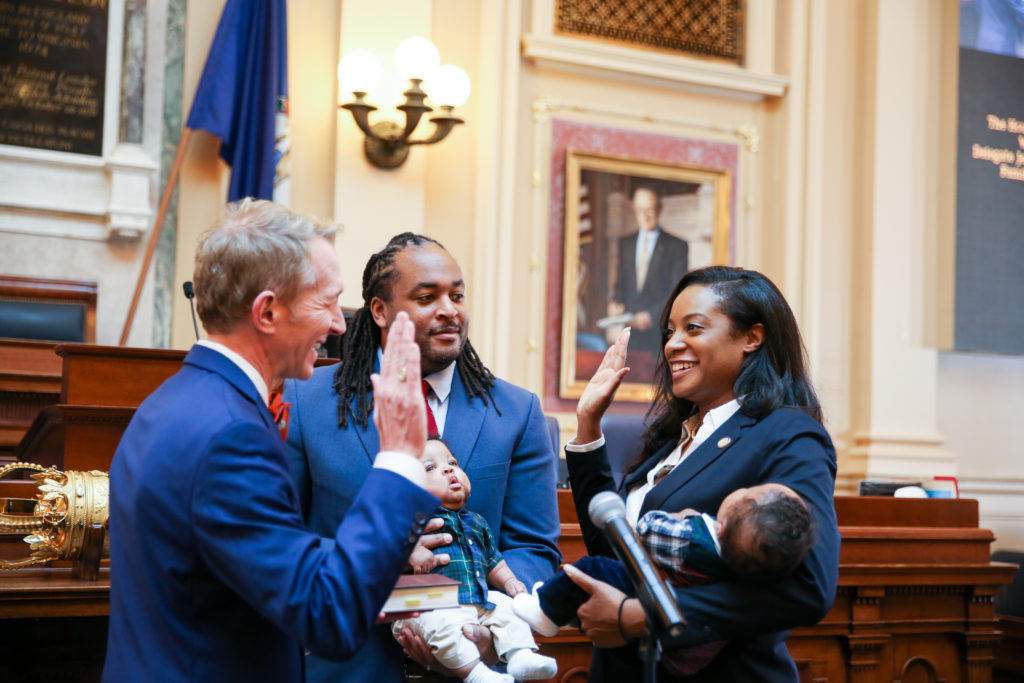 But we are at a critical juncture for our Commonwealth, where so much of this progress has the potential to be rolled back and she knows Virginians can’t afford to go backwards.

So now Jennifer is stepping up to serve her community once again and is running for State Senate in Virginia’s 33rd District.

Jennifer Carroll Foy is running a campaign powered by the people — people like you.

She has earned the support of individuals, groups and organizations that represent hundreds of thousands of Virginians and millions of Americans because they know she’s got what it takes to move Virginia out of the status quo, and into the future.

Proud to be the only labor endorsed candidate for SD-33 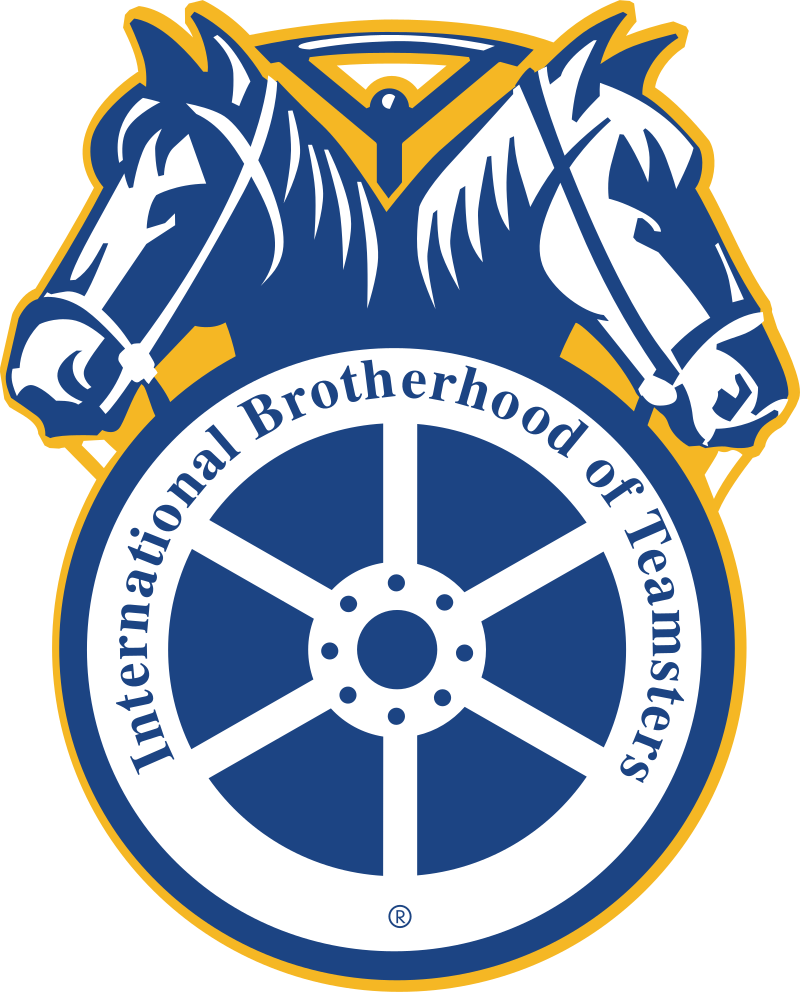 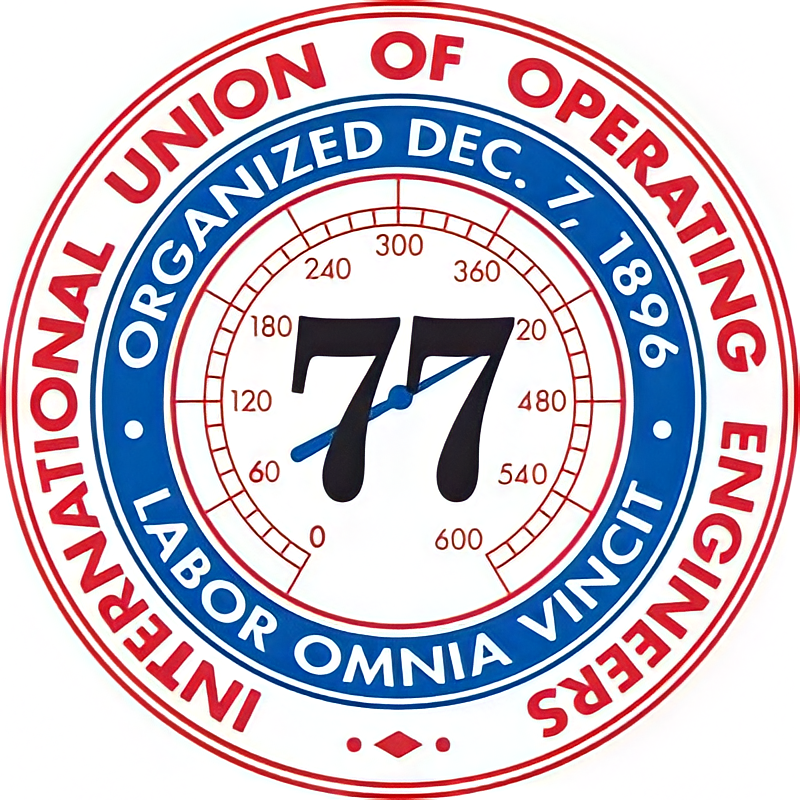 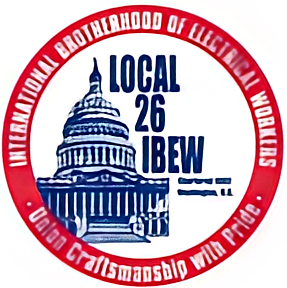 Paid for by JCF for State Senate